This is only my second time blogging for the blogging challenge and my first year blogging all together and I have now been nominated in the shortlist for the Best Student Blogger Award! Please vote for me because I have came so far in this first year from not knowing what a blog was to now owning 3 of them! please vote for me by clicking the image. I am nominated in the student blog section under Amy M’s Creative Mind.

Please may all my readers support me at this exiting time!

From the Student Blogging Challenge

My blogging life has gone on an all time high with Miss W, the head of the Student Blogging Challenge, nominating me for the best student blogging award! Yay!

So I have decided to tell you my story so far……

For an elective I chose for semester 1, at my high school, I chose IT which is all about computers. Ms Duncan, my teacher, told us that we would work on blogging. I started up my blog but I didn’t know what to call it. My friend Raiven was walking across the room and said to me, ‘are you using your creative mind to think up a good name?’ That then was when I named my blog the Amy M’s Creative Mind!

I made my first post through class about blogging and the safety involved with sharing personal detail etc. but after that I put my creative mind to work through the challenges, my artworks and creations and just some other random things.

One of the biggest hits was my artwork so I have decided to post my favourite artwork so far!

I didn’t go through the school this time so I made 20 of my own and 13 of the blogging challenge.

I received 107 comments this blogging challenge.

Coldplay-Paradise/Lyrics & Song Request got the most comments because Sarah (an oversea’s friend) and I had a long conversation over that post.

I change my background and my header to make the blog look more attractive towards the audience reading it!

I have 36 widgets and I think that is just the right amount I need for this type of blog.

I have 8 overseas friends that I have put on my blogroll.

It was very bright and colourful.

The posts with widgets and animations and pictures on it.

The widgets and how they were fun to play around with.

The Chronicles of Narnia

The Lion, The Witch and The Wardrobe

Would you want to find your own imaginary place in this world where only you and your friends can go? Would you like to stumble across many different places and creatures that you didn’t even know existed? Well, there is a place, found in a wardrobe, called Narnia.

The C. S. Lewis and Pauline Baynes (Illustrator) Chronicles of Narnia series imaginative book, The Lion, The Witch and The Wardrobe, is for all children and teens to dig into. The main characters of the book are Peter, the eldest that is always trying to help his siblings, Susan, who cares for everything and everyone. She is also is very adventurous, Edmund, a trouble maker that always doesn’t do what his told but soon he finds his way, and Lucy, the excited one who loves to find new things and wander into different places. Then there was Aslan, the lion, and the White Witch. Aslan the lion is a kind, fearful, wise and imaginary character who helps the four siblings through Narnia whereas the White Witch is the complete opposite and thinks she is the Queen of Narnia. She is actually the villain in this story who freezes people who don’t follow her into stone and holds a curse on the whole of Narnia making it always winter but never there are any Christmases.

The whole plot of the story is about the four siblings going to their uncle’s house, who is a professor, throughout the air raids in London. In his house, Lucy finds a wardrobe while playing hide-and-seek and finds a complete different world called Narnia. Lucy and her other three siblings find their way through different challenges placed by the White Witch on their way of breaking her winter curse.

The main highlight I thought was in the book was when it came to the stone table and Aslan had to sacrifice himself to the White Witch. It was the most dramatic, sad and exciting part of the whole book, which is what I look for in a book, to make me have mixed feelings at one point.

The one character that dramatically changes throughout the whole book would have to be Edmund because he was a rebel at the start, not doing what he was told, to being a good boy towards the end and helping break the curse. My favourite character would have to be Aslan. He is so wise and calm but is also brave that he had to be my favourite. Without him in the story, well, there wouldn’t be a story! A quote from the book that describes Aslan would have to this:
“He’ll be coming and going” he had said. “One day you’ll see him and another you won’t. He doesn’t like being tied down–and of course he has other countries to attend to. It’s quite all right. He’ll often drop in. Only you mustn’t press him. He’s wild, you know. Not like a tame lion;”
It puts the whole book in perspective and it explains why he only pops up halfway through the book and leaves towards the end.

This is a seriously good book to get stuck into. If you’re the kind of person that loves adventure, excitement, drama, mystery or just an all round book lover you will totally love this book, and if you don’t like reading well you will be stuck into this book real easy. I give this book 9/10 stars.

This idea was from the student blogging challenge.

I am posting a new series of drawing’s that I have created since the start of this month. Here they are!

This post is a free choice from the Student Blogging Challenge

For one of the maths challenges, I had to create a school using google sketchup. Because this was new to me This is how it turned out to look like:

Challenge from the Student Blogging Challenge

Hi my name is Amy M, and my mother language is Albanian. The flag is red and black with a two headed eagle on it. I have spoken Albanian since well, when I started to talk. My mum and dad are Albanian so it naturally comes to me. I can’t speak very fluent Albanian but I do speak it to family and friends, only when know what to say back. Albanian’s are muslim but I dont  wear a hankie over my head. I am relgious but I am not that religous. Being Albanian is really cool because we have a big family and where I live theres a lot around so you can never have a day without seeing one.
Now for something I didn’t know about the Albanian language.  If we went back in time, before rapsodik homer sang to godesses and methodology heroes, before any greek language was written, a very known nation lived with the name of Pellazg. Albanians are the only ancestors who have the source from this powerfull prehistoric race. Albanian was the true language of Homer, as the Greeks have copied from rapsodian Pellazg. Kujtim Shehu, Kacanik – translated from the book by Dhimitri Pilika “Pellazg – Our Denied Origin” who has completed a lot research on the places of Pellazg. Infomation found at: http://www.topix.com/forum/gr/macedonia/TON47GQS56CEARM2J
That is all about me and my mother language, Albanian.

Grade 8 looks at the medieval period around the world. Apart of the challenge is to answer questions in relation to that topic given. since I’m in year 8 these are my questions.

Questions off the student blogging challenge.

This post is all about asking questions for you guys to answer.

Please answer the questions through a comment. Here are my answers to these questions

This post idea was from the student blogging challenge

Hey everyone,
My passion as you can tell by the majority of post’s I’ve made its Art! It runs in the family. My Grandfather was an artist, he drew loins and all other sorts of animals, he was sent to jail back when my mum was only 4 years old for something that his past relative committed. Because his relative didn’t finish he’s sentence he was sent to jail to finish it. The only thing that entertained him was art. According to my mum every time she went and saw him he had painted at least 5 different drawings of animals. He sadly passed away in jail. My mum followed his footsteps and it carried down to me. I have posted many of my creations on my blog but i am now going to post right now all my creations so far:

They are most of my best drawings and paintings. Art is a really big thing in my life. I’ve always loved it. It always helps me when I have troubles or I can’t think up anything for someones birthday! That’s why Art is my Passion.
-Amy M
Challenge from Student Blogging Challenge.

Welcome to your brand new blog!

This is a sidebar and can be changed in Widgets in your dashboard.

You can also modify number of sidebars in theme options!

this blog is all about me, the challenges on http://studentchallenge.edublogs.org/ , music, craft, art, puzzles, stories and other random stuff I come up with! Check out my About me page and more on the top bar. Hope you enjoy!

Keep up to date with my blog by Email

Completely spam free, just to let you know what new post's come out 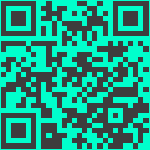 scan this to reveal my website on your phone!

I am apart of the student blogging challenge Visitors Around The World

all of my creative pictures by Amy M's Creative Mind is licensed under a Creative Commons Attribution-NonCommercial-ShareAlike 3.0 Australia License.
Based on a work at amymshs8.global2.vic.edu.au.

adopt your own virtual pet!